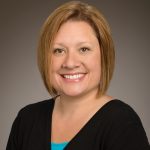 Dr. Kathryn Leskis is a licensed clinical psychologist, clinical director of INBAL, and clinical assistant professor of psychology at the University of Illinois Urbana-Champaign. She is also an adjunct assistant professor in the University of Illinois College of Medicine at Urbana-Champaign, and provides lectures on psychological testing to medical students during their third or fourth year psychiatry clerkship.

A native of Champaign, Dr. Leskis graduated from Central High School in 1995. She earned a bachelor’s degree in psychology in 1998, followed by a doctorate in clinical community psychology with a minor in family law and policy in 2005 from Illinois. Dr. Leskis completed a pre-doctoral internship and post-doctoral fellowship at Yale University School of Medicine, Child Study Center in New Haven, Connecticut. After graduating, she worked as a consulting psychologist in the Bureau of Behavioral Health and Medicine, Department of Children and Families, for the State of Connecticut and adjunct faculty at Quinnipiac University for two years before returning to Champaign. Dr. Leskis worked as a clinical psychologist with Carle health system for 11 years, specializing in diagnostic clarification and psychological testing. 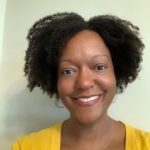 Dr. Crystal Wiggins Newman is a licensed clinical psychologist at INBAL and clinical supervisor in the Department of Psychology at the University of Illinois Urbana-Champaign. Originally from New Jersey, Dr. Newman earned a bachelor’s degree in psychology from Rutgers University, and a doctorate in clinical psychology from Pennsylvania State University in 2005. Dr. Newman completed her APA internship at St. John’s Child and Family Development Center in Santa Monica, California, and a postdoctoral fellowship at the University of Illinois Urbana-Champaign.

After completing her graduate studies, Dr. Newman served as a consultant to the Zero to Three National Center for Infants, Toddlers, & Families in Washington, DC, lecturer in abnormal psychology at Texas A&M University, as well as Interim Director of Community Programs, and Assistant Director of the Psychological Services Center at the University of Illinois Urbana-Champaign. Prior to joining the INBAL, Dr. Newman worked as a clinical psychologist at Carle Foundation Hospital for 10 years (2011-2021) where she also served as the assistant director of the APA pre-doctoral internship program. 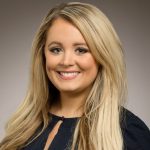 Katie Duitsman is a clinical psychometrist, and licensed professional counselor (LPC) at the INBAL.  A native of Champaign, Katie graduated from Centennial High School in 2004. She holds two bachelor’s degrees from Eastern Illinois University in psychology (2010) and business administration (2008). Katie earned her master’s degree in clinical mental health counseling from Eastern Illinois University in 2013. Throughout her graduate school career and internships Katie gained experience with children, adolescents, and young adults in a variety of treatment settings.

Prior to joining the INBAL, Katie worked as a clinical psychometrist for Carle Physician’s Group for over six years. In her role, she worked closely with staff psychologists, and other behavioral health specialists as well as providers in developmental pediatrics, speech and language pathology, and occupational therapy. Katie administered psychological tests and assessments to patients of all age ranges, and ability levels. She also trained practicum students, interns completing pre-doctoral internships, post-doctoral fellows, and novice staff psychologists on the fundamentals of administering psychological testing to individuals of all ages and presenting problems. 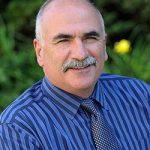 Dr. Cohen is the Director of the Interdisciplinary Health Sciences Institute (IHSI), and the Center for Nutrition, Learning and Memory (CNLM), and Co-Director of INBAL. He is a Professor in the Department of Psychology, the Neuroscience Program, and the Carle Illinois College of Medicine. Dr. Cohen’s research involves interdisciplinary studies of human learning and memory, and he has been instrumental in the discovery and characterization of the brain’s multiple memory systems. His work has emphasized the development of new approaches and methodologies for assessing different aspects of memory in various populations, both in association with brain disorders and in response to specific interventions. In 2012, Dr. Cohen was named a fellow of the American Association for the Advancement of Science, which recognized his “pioneering research on memory and amnesia, distinguishing brain systems and psychological characteristics that distinguish declarative and procedural memory.” 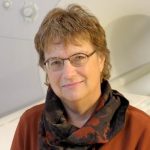 Dr. Heller is the Department Head, and Professor of Psychology, the Beckman Institute, and Co-Director of INBAL. Research interests involve the neural mechanisms associated with emotion-cognition interactions and their implications for psychopathology. Dr. Heller is particularly interested in examining cognitive and emotional risk factors associated with the development or maintenance of anxiety and depression. She uses behavioral and neuroimaging methods such as neuropsychological task performance, functional magnetic resonance imaging (fMRI), electroencephalography (EEG), and event-related potentials (ERPs). She draws on psychological theories to model how fundamental emotion and personality constructs can be mapped onto brain systems to clarify the neural mechanisms of emotion and psychopathology. In turn, the neuropsychological and neuroimaging findings are used to inform psychological theories of emotion and psychopathology. In 2014, Dr. Heller was appointed Provost Fellow with a special focus on campus diversity. She was selected as a Fellow on the 2019-20 President’s Executive Leadership Program (PELP) and won the Executive Officer Distinguished Leadership Award in 2019. Dr. Heller is a Fellow of the Association for Psychological Science and currently serves as President of the Society for Research in Psychopathology. 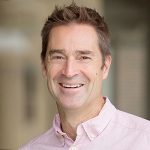 Dr. Roberts is the Director of the Center for Social and Behavioral Science (CSBS), Co-Director of INBAL, and Professor of Psychology. His research has focused on determining the replicable patterns of continuity and change in personality traits across adulthood, the life experiences associated with changes in personality traits over time, and the significance of these changes for individual functioning. Dr. Roberts has received multiple awards for his work including the Carol and Ed Diener Mid-Career Award in Personality Psychology, the Theodore Millon Mid-Career Award in Personality Psychology, the Henry Murray Award, the Jack Block Award for Distinguished Research in Personality, and an Honorary Doctorate from the University of Basel. He has served as the Associate Editor for the Journal of Research in Personality and Psychological Science and is the Past President for the Association for Research in Personality. 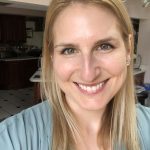 Dr. Julia Briskin is a data scientist and postdoctoral researcher, overseeing research development at INBAL. She is also a lecturer at the University of Illinois, Urbana-Champaign. Dr. Briskin’s area of research focuses on close relationships, health, and self-regulation. Dr. Briskin specializes in the intersection of social relationships and health, and she aims to bridge the gap between social psychology and clinical practice. In addition to overseeing research development at INBAL, Dr. Briskin currently teaches introduction to personality psychology at UIUC. Over the past decade, Dr. Briskin has taught research methods, introduction to psychology, experimental psychology, and independent research at the undergraduate level. Additionally, Dr. Briskin has assisted with teaching graduate level structural equation modeling and multivariate statistics at Wayne State University.